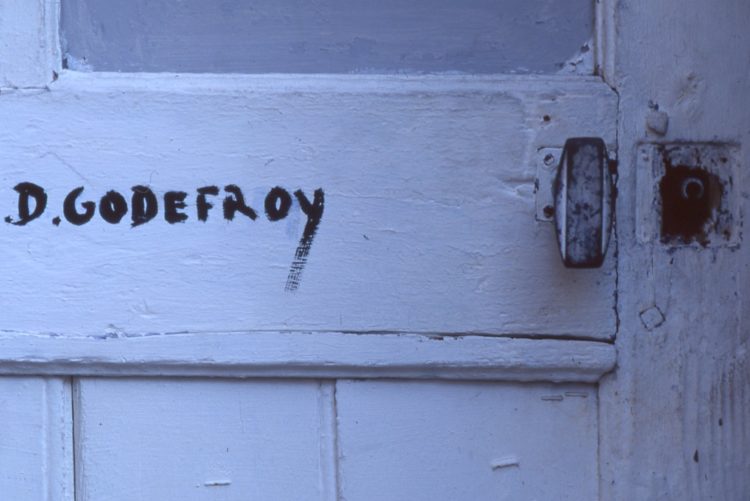 Opening of the studios at 317, route de Darnétal in Rouen, which Denis Godefroy shares with the painter Jean-Pierre Bourquin and the sculptor Guy Chaplin.

He is invited by Françoise Palluel to the FIAC. The FRAC (Fonds Régional d'Art Contemporain), which acquired a painting by Denis Godefroy in 1983, organises an exhibition "Un certain paysage" with the Château-musée of Dieppe, of which Pierre Bazin is the curator. This exhibition gathers a selection of the permanent collections of the FRAC of Haute Normandie and the Château-musée of Dieppe. Among the other painters : Jean-Pierre Bourquin, Olivier Debré, Christian Sorg, Pierre Tal Coat and Roger Tolmer.

In October, at the Centre Marc Sangnier, the painter will share a musical experience with jazz musician Steve Lacy and singer Irène Aebi by performing a work during a concert.

Denis Godefroy presents a sort of retrospective to Marianne Requenna and Jean-Pierre Bourquin at the Château d'Aveny in Normandy, a contemporary art space. Françoise Palluel exhibited works that were intermediate between the Vagues and Nuits d'ébauche.