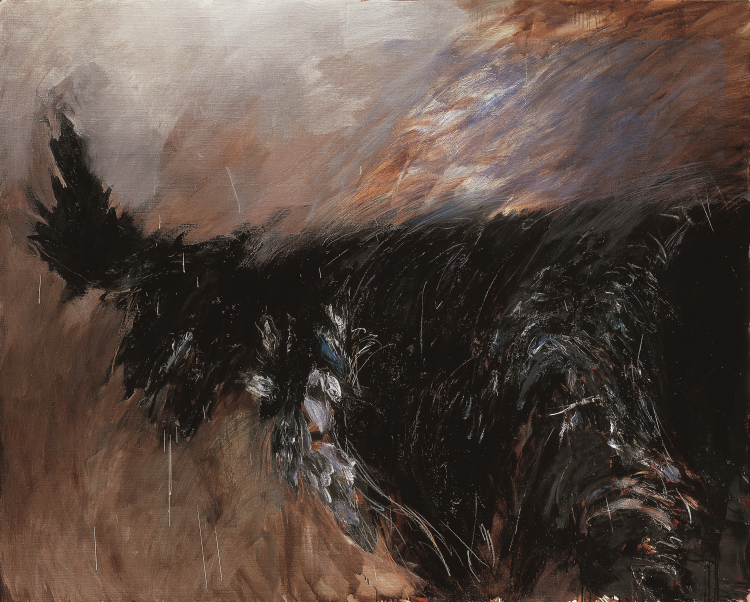 Birth of his daughter Solène.

Godefroy succeeds in the challenge of showing us that black can be, like the traditional diaphanous, his medium of coloured appearance and paradoxically the transparent medium where appearances appear. It is the work in black...

"Nuits d'encre et Nuits d'ébauche": this series of "Nights" is made up of variations of blacks, greys, deep mats, mixtures of dark materials clogged with graphite and lead that he applies with a brush, a pad, or by hand and which form an opaque sky crossed by blue, ochre and white flashes."