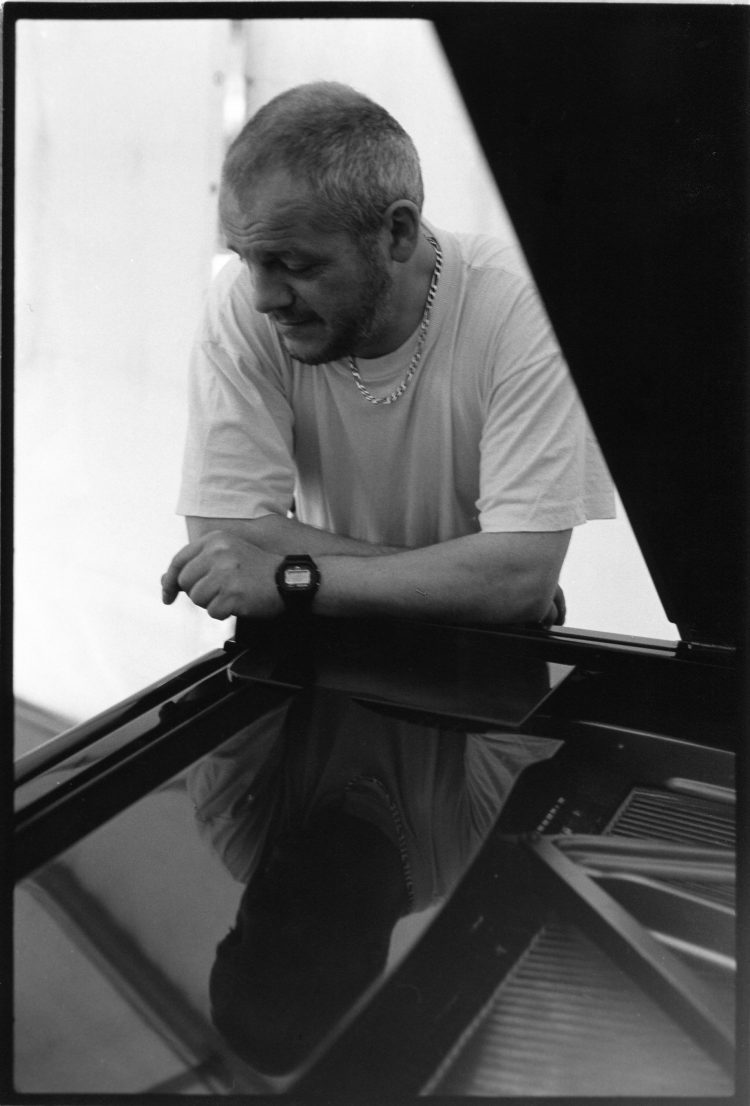 From the end of the 1960s, Denis Godefroy asserted his taste for music. With his brothers and friends, he created the group Anathème, which mixed poetry and music. "What interests me is that my work as a painter be questioned by writing and music. Reading, listening, looking. When reading poetry, there is scansion, that is to say, there is music in literature. There is also painting in literature, there is probably vision in music. "Joe Cocker, Vivaldi, the Pogues, Bob Dylan, Bach, Otis Redding and Eric Burdon punctuate his days in the studio.

In 1986, he took part, with the organist Louis Thiry, in a concert-performance, "L'art de la fugue en peinture", in the church of Saint Taurin in Évreux. He gave other performances: in 1994 in Yvetot, in Château Cadillac en Fronsadais, invited by Jean-Jacques Lesgourgues, his most faithful collector, the same year. His brother Gene Clarksville and Sébastien Souchois accompanied him, as in 1996, at the Cloître des Pénitents in Rouen.

His passion for music is reflected in many of his works. His drawings originate at least as much from what his ears hear as what his eyes see," writes Gilbert Lascault. Each drawing is a kind of free score, linked to music as much as to views. "Music often leads his hand and influences the colours, the texture, the gesture...

« I am "founded" by drawing, by the pleasure I get from listening to music and by the desire I had to make it. This is why I want to "musicalise" my painting. This type of reasoning avoids the Manichaeism that has reigned for a long time, i.e. that painting is only an image. It is not just an image. The silence with which we look at it makes music. Music is an intellectual speculation with which the sensitive is put in place. »

« I write with photography and express myself with music. »